Ocean Day, a day to connect with the First Community of Story-doers in action for the Oceans.

Four years ago we decided to start a journey, to create a wave to tell the truth, we never imagined it would grow so much. It was that first World Ocean Day in which we felt that, as old sustainable wave surfers, we had and wanted to do something special. It always went well for one simple reason, we bet on the selfless support of the digital community to spread awareness, to generate empathy for marine life and to mobilize whoever had the will to do their bit for the oceans. But this year we went much further and took a key step to connect agents of change in the world who, in one way or another, dedicate their efforts in favor of the seas, the oceans and all life in them. We started by connecting Trash Peak – the company that produces surfboards from plastic material recovered from the sea – with Més que Surf, the enterprise that helps children with autism to improve their lives thanks to the waves, surfing and a lot of service. So, it was on this World Ocean Day, we invited others to be inspired and thus, to go from telling to doing.

We are moving from Story-Telling to Story-Doing, that is why we created the platform Ocean Connections, it is dedicated to all those who want to join us to multiply our efforts.

The video was launched in the morning and during the day we received 100% organic distribution, to the point of becoming featured content throughout the day with the two main hashtags #WorldOceanDay and #WOD2022. The video was shared by celebrities like Valentina Ferrer (Influencer and J Balvin’s partner), she shared her stories the same day she walked the red carpet with her partner at the Time Magazine Gala in New York before the eyes of the whole world. Exciting! But the day brought us more surprises! We also had the support -on Instagram and Twitter- of Omer Yurtseven, star of the NBA’s Miami Heat and someone who is committed to sustainability. Influencers from Canada, the USA, Argentina, Mexico and Europe also joined us. It was enough to draw the attention of different media from around the world such as The Independent, Yahoo News and the Spanish version of Yahoo News among other digital spaces dedicated to the same cause that connects us all.

Today the door is open because Ocean Connections is a reality and an invitation to all those who have something to contribute, or simply for those who feel the need to join and be part of the first community of Story-doers in action for the oceans. 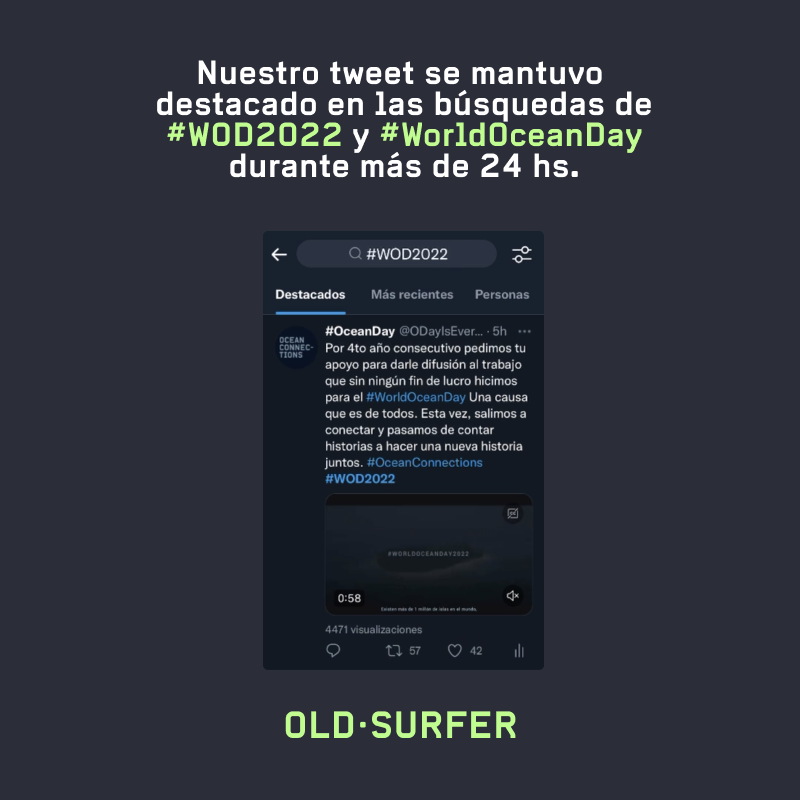 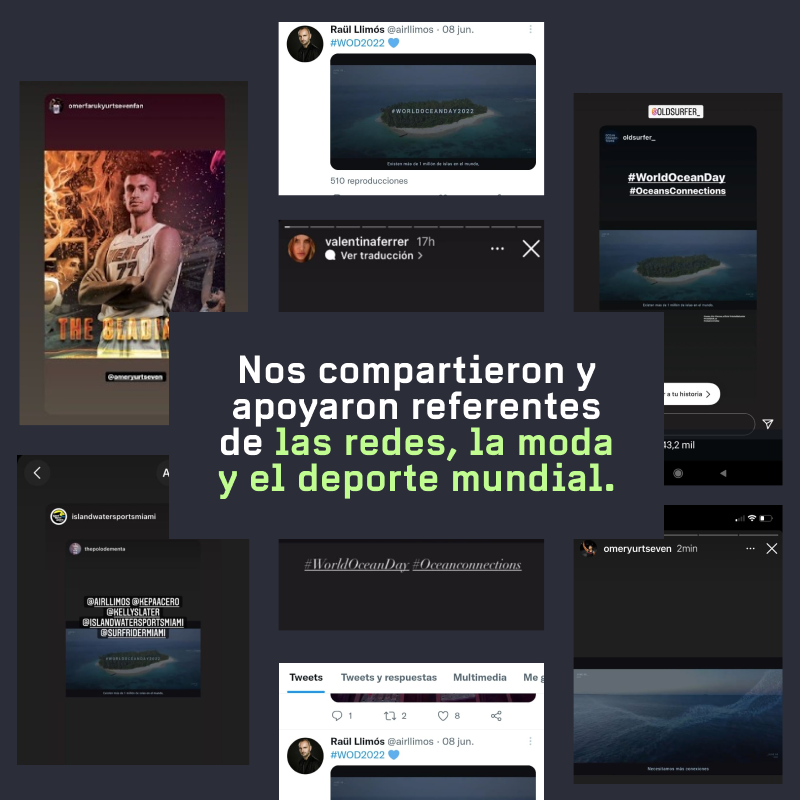 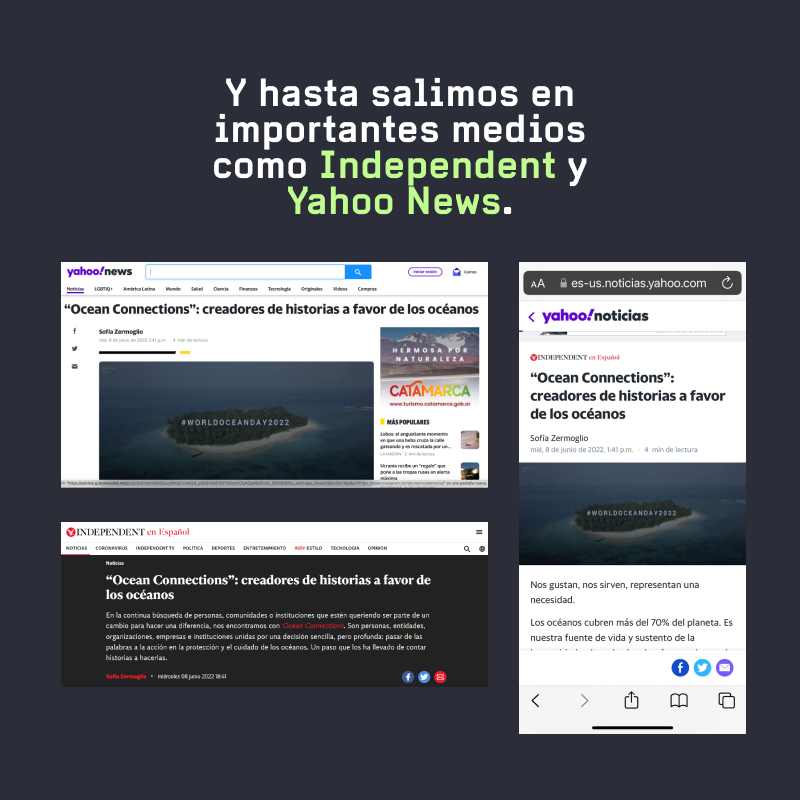